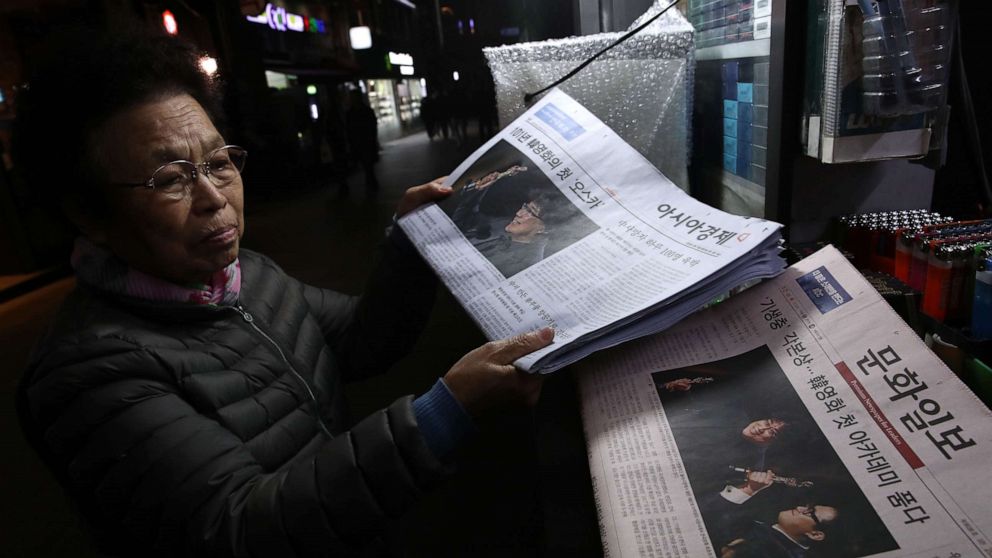 The chosen news story is the Oscar Awards of the film “Parasite”, which has a symbolic meaning for South Korean film industry. The ABC News has reported this news at the first time (10 February), titling “Elated South Korean moviegoers celebrate Parasite Oscar victory”. The reportage takes an objective perspective to present how people in South Korea react to this Oscar news. The news report introduces the background of Parasite in the beginning, citing Boon (the director) to demonstrate the importance of this film in South Korean film industry. Then, the report interviewed a pop-culture expert, a college student, a film and theatre professor, showing people’s voices about the film. The online delivery of the story could include some video clips of the Oscar Awards night, as well as people’s real voices during the interview. This gives people a sense of reality and authenticity. Using photos and videos are considered as more dynamic to show the moviegoers’ reactions in South Korea and the general situation, giving readers a more direct impression of the film’s importance for South Korean people. Another suggestion is to add links of trailers of Parasite for audiences, which is to enhance the news reports’ connectivity. Furthermore, adding some reports directly with the director or its team would make the news more attracting.